Emily Murdoch, If You Find Me

Jandy Nelson, I’ll Give You the Sun

Jennifer Niven, All the Bright Places

We are celebrating the 200th Anniversary of the Battle of Waterloo through an exhibit of a battle field model created by North Surrey’s art teacher, Mr. John Turnquist.  The model, approximately 23 sq m in size, has been “in construction” for over 3 years.  It was constructed almost completely by hand by Mr. Turnquist, a Waterloo enthusiast.  Classes are cycling through the library and are amazed by this wonderful work of art.  Thank you Mr. Turnquist! 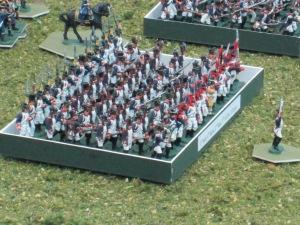 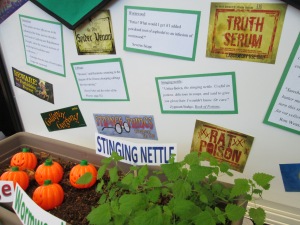 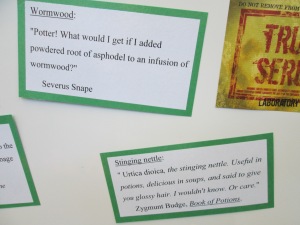 Click on NSS Bookclub above for details on our Summer Reading Plan! 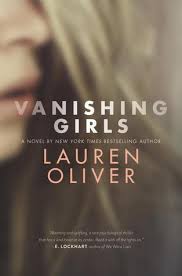 The Memoirs of a Geisha follows the life of a young Japanese girl, named Chiyo, who is sold to a Geisha house by her father after the death of her mother. The story takes place in Kyoto which was home to one of the largest geisha districts in all of Japan. Chiyo struggles immensely in her new home and tries to escape repeatedly. However, after meeting a man named the Chairman she begins to envy the lives of geisha and decides that she must make the most out of her situation and changes her outlook on life. Instead of battling against her fate, Chiyo begins to work hard towards becoming a geisha. She works incredibly hard to master dance, pour tea and apply makeup and entertains some of the most high class men such as the Chairman and a man named Nobu who is immediately infatuated with her. Soon after, Chiyo becomes an elegant Geisha renamed Sayuri. Sayuri becomes one of the highest class geisha’s in Japan, however, this all changes when World War Two begins and Sayuri must leave her extravagant lifestyle behind and move to a safer area. After the Second World War, Japan is not the same and Sayuri struggles to adjust. She undergoes an internal conflict of whether she should pursue the Chairman or accept to become the mistress of her friend, Nobu. Sayuri struggles immensely as she cannot decide whether she should take a risk or continue to do what everyone expects of her.

Why I recommend this book:

This book is one of the most capturing novels I have ever read. The character, Sayuri, is extremely relatable and makes the reader feel a plethora of emotions. Even though some of the decisions Sayuri makes are weak-willed, she is still a very heroic and powerful character. Sayuri’s outlook in the novel portrays how Japan was an extremely male-dominated society at the time. The novel was very powerful as the painful past behind the glamourous Geisha as revealed and brought to light. Although this was a fictional book, it told a realistic and original story which is why it was such an amazing read.

Difficulty: Heavy – The novel is easy to understand but contains some mature content which may be hard to read for some people.

Count Dracula is a centuries-old vampire. The novel begins with Dracula acting on a long contemplated plan for world domination. He infiltrates London to begin his reign of terror, summoning Jonathan Harker, a newly qualified English solicitor, to provide legal support for a real estate transaction overseen by Harker’s employer. Dracula at first charms Harker with his cordiality and historical knowledge, and even rescues him from the clutches of the three female vampires in his castle. In truth, however, Dracula wishes to keep Harker alive long enough to complete the legal transaction and to learn as much as possible about England.

The novel starts off in Transylvania which is in southeastern Europe. Castle Dracula, where Dracula lives, is located on the eastern side of Romania. Then the characters move to Whitby, which is in the Yorkshire coast of Great Britain. The rest of the action takes place in and around London. The story takes place at the end of the nineteenth century. The story is written in first person point of view with multiple views including the characters Mina Murray and Jonathan Harker. The protagonist could be Mina Murray as she has the most thoughts collected in the book and is the most complex character; however, the members of Van Helsing’s gang—Van Helsing, Jonathan Harker, John Seward, Arthur Holmwood, Mina Murray, and Quincey Morris —might also be considered the novel’s collective protagonist as they fight against Dracula. Some major characters consist of Van Helsing, Lucy Westenra, John Seward and Renfield. The tone is Gothic, dark, melodramatic, righteous

The plot of the novel: Jonathan Harker goes to Transylvania to help Count Dracula buy an estate in England. While he is at the castle a lot of strange things happen and he realizes eventually that the Count is actually evil. His fiancée Mina and her friend Lucy exchange letters back home. Lucy starts acting weird and her friend Doctor Seward examines her. He can’t figure out what’s wrong and brings in his friend, a famous doctor, Van Helsing. Van Helsing eventually believes that Lucy has been bitten by a vampire. All the men in the book give Lucy their blood, but nothing works and eventually, after a lot of strange behavior, she dies. They find out that she’s undead; a vampire. They have to kill her by driving a stake through her heart. They realize that Dracula is behind all this and hunt him down. Mina falls under his spell and they hypnotize her so that they can track him down. This works and they finally catch up to him while he tries to go back to the castle. They kill him there and he turns to dust.

The main events that happen in the noel are, Lucy is transformed into a vampire; Van Helsing and his comrades mercifully destroy her, Mina falls under Dracula’s spell, Van Helsing and company chase Dracula across Eastern Europe using Mina to track him, they eventually destroy him at his castle.